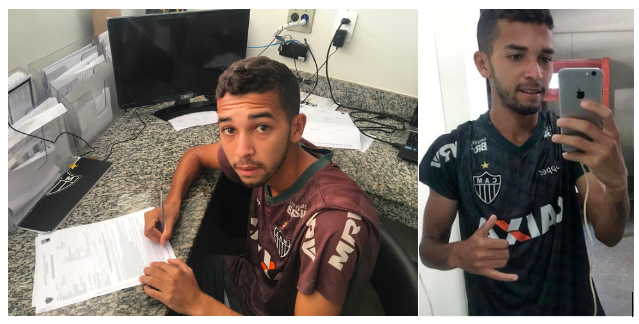 Boston City FC midfielder Lincoln Vieira, whose performances in Brazil helped fire the club’s Under 20s team to promotion last season, has been transferred to one of the nation’s biggest clubs, Clube Atlético Mineiro.

Vieira becomes the first player transferred from Boston City’s academy in Brazil, which played its first competitive matches at the Under 20, 17 and 15 levels in 2018.

The Boston City Brazil midfielder has signed with the club where world superstar Ronaldinho helped Atlético Mineiro win the Copa Libertadores for the first time when he was named the South American Footballer of the Year.

“We made it clear to players when they signed with Boston City that we would help to develop their careers as we establish the club at the state and national levels,” said owner and founder Renato Valentim. “Lincoln had a fantastic first season with us and there have been several clubs interested in signing him. We hope he continues to be successful and goes on to be a top player in Brazil.”

Three American players from Boston City FC have just concluded winter training at the Brazilian academy in Manhuaçu in the state of Minas Gerais having taken advantage of an opportunity for top Lions players to head to Brazil to pursue their dream of playing professional soccer.

Samuel Deossa, aged 17, captained Boston City FC II in the BSSL and the creative central midfielder has played in the New England Revolution academy system and at Watertown High School. Christopher Gilbert, 23, is an attacking midfielder who joined the club through the fall tryouts and impressed during the second half of the BSSL campaign. Jeremy Pachter, 26, helped Mass United reach the quarterfinals of the UPSL playoffs in 2018 and made a handful of appearances for the Lions’ BSSL team in the fall.