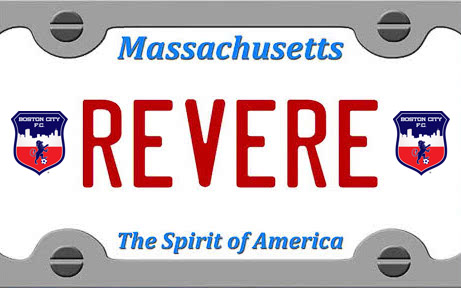 All a fan needs to know…

A new venue welcomes Boston City FC this season as the Lions play out their 2019 home NPSL schedule.

Harry Della Russo Stadium in Revere is familiar territory for the players and coaches who train weekly on the pitch they now call home, but for most home and visiting fans, it will be a new experience.

Here’s all you need to know…

Harry Della Russo Stadium (named after a former State Senator, before you ask) is situated at 75 Park Avenue in Revere, MA, just off the main Broadway high street at the heart of Revere.

Where to sit / stand:
Supporters should enter from Park Avenue through the entrance in the middle of the main 2,250-seater stand. Other entrances will be closed. Seating will be reserved for the home Ironsides Crew supporters’ group to the far right of the stand after they enter. Visiting fans should also walk beneath the stand after entering but turn left and use the area to the far left, near the locker rooms. General admission includes the remainder of the stand, along with standing areas around the venue.

Parking:
There is limited parking behind the middle school adjacent to the stadium. There are municipal lots off Broadway, just at the end of Park Avenue, with the closest being behind the Citizens Bank building. Visitors should observe signs if choosing to park on the street. The stadium side of Park Avenue is a designated fire lane.

Public transport:
The Revere Beach and Wonderland T stops on the blue line are each a 30 to 40-minute walk from the stadium. The number 110 bus services Revere Broadway.

Food & drink concessions and merchandise will be available to the far right of the stand after you enter the stadium with a line of New Balance apparel and new Boston City FC scarves on sale.

Where to eat and drink before and after the match:
Please contact supporters group the Ironsides Crew for their pre- and post-match venue of choice wit Twitter @IronsidesCrew.