Three Boston City FC prospects – Samuel Deossa, Christopher Gilbert and Jeremy Pachter – are currently in Brazil, training with the Lions’ sister club’s professional team in the state of Minas Gerais. Here’s the latest in a series of diary updates from the traveling trio, as defender Jeremy gives an update on this exciting venture. 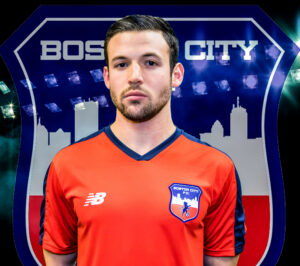 “We train five days a week with a game on the sixth day. On two of the days, we have double sessions. We start each session with 30 minutes in the gym, getting some functional training in as well as a warmup.

On the pitch, the sessions involve a variety of possession drills (rondos), passing patterns, and scrimmages. The style of play is much more individualistic than in the US; players hold the ball much longer, and therefore the pace of play is slower than in the US, especially in the center of the field.

We watched the sub 15 and sub 17 teams play a home game last weekend, and we were surprised by the amount of energy and large crowd the game brought. The stadium was packed with fans, and there were people selling food and drinks. Fans were on their feet, intensely watching the games and beating drums to bring more energy. It was a great experience for all of us.

I’ve definitely learned some new things through the training here, especially since I’ve been playing in the center mid position, and the grass pitch is much less consistent than the turf fields I’m used to.

I feel as though my touch and speed of decision making has improved, especially given that I had to adapt to a very different style of play. I’m very thankful for the opportunity to play here and look forward to taking all that I learned with me home for the start of the new NPSL season.”